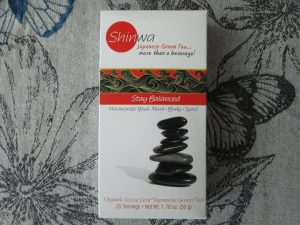 Stay Balanced is a bancha from the Kagoshima prefecture, which is sold by The Taste of Tea.

The company is marketing it as a tea rich in catechins and low in caffeine.

Catechins, and specifically EGCG, are responsible for many of the health benefits of green tea.

Indeed, a not so well-known fact of bancha is that it is naturally low in caffeine while having greater levels of catechins than teas from earlier harvests.

The tea leaves come with an oxygen absorbing packet, which I think is a nice bonus. That way the tea leaves (and their catechin content) will last longer. 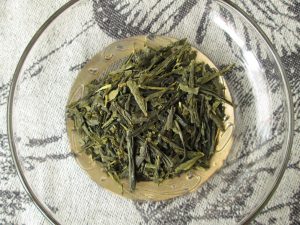 The bancha leaves have a good appearance, as you can see in the picture. I also found that they have a slightly sweet aroma.

Although the steepings instructions say otherwise, I’m going to brew this tea as I would a  bancha to give it a fair review.

Besides, using boiling water will draw more catechins, which goes along this tea’s purpose.

I used 120 ml of boiling water and infused 4 grams of tea leaves for 30 seconds. The result is a tea with a yellow liquor.

The aroma of this tea is very light, I would describe it as grassy. 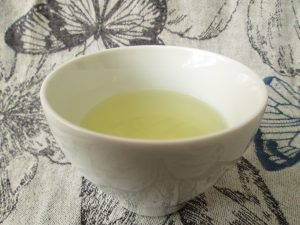 While tasting it, I noticed a slight citrus taste. Overall, I’d say it has a mild flavor, with some astringency and little bitterness.

It is a good bancha, I find nothing wrong about it. If you want to give it a try, click here.