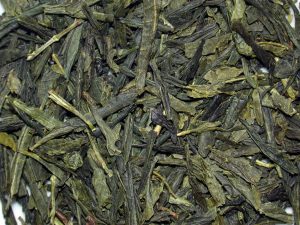 tea whose main characteristic is that it’s a lower grade than sencha.

While the cultivation and processing are identical to sencha, there is a difference in the quality of the leaves used.

One way that bancha is made is when the leaves are sorted after the harvest.

The upper shoots of the green tea plant have a higher quality and thus are used for sencha, while the lower shoots have leaves that are courser and larger, hence they end up being bancha.

Another way that bancha is made is by harvesting the leaves at a later time, usually the third or fourth flush. The older the tea leaves, the less desirable they are.

The green tea leaves of the first harvest, shincha, make the highest quality tea for a given year.

For the average person, its difficult to distinguish between bancha and sencha. The difference that immediately stands out would be the price: bancha is always cheaper than sencha. In fact, houjicha and genmaicha are usually cheaper than sencha because they are often made with bancha.

Bancha has a lower caffeine content because older leaves have less caffeine, and as such is less bitter than sencha.

Upper tea shoots have more catechin (source of astringency, but also responsible in large part of the benefits of green tea) as compared to the lower (older) shoots. This means that bancha from a particular harvest has less catechin than sencha from the same harvest. Why? Because the lower leaves where being shielded from sunlight by the upper leaves, much like the cultivating process of gyokuro.

Sometimes you may see terms like ichibancha, nibancha, sanbancha and yonbancha. These refer to the time of harvest, but they are not types of bancha, although they sound the same. I will leave the topic of green tea harvests for another post.

How to brew bancha

Bancha is very easy to brew. 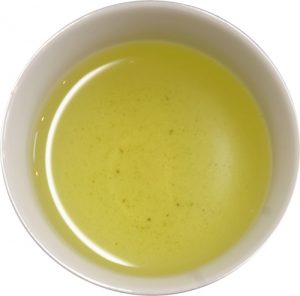 The method is the same as for genmaicha and houjicha.

Use 3 to 4 grams per cup of bancha, and place it in the kyusu(Japanese tea pot: 急須). The following video shows a type of kyusu called dobin (土瓶). Use 120ml of boiling water per cup, pour it into the dobin, and let brew for 30 seconds.

Pour the bancha into each cup, alternating from cup to cup so that each cup gets an even mixture. The last drops are important, so pour until no more liquid comes out.