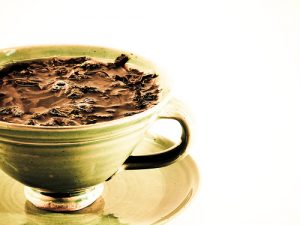 By judging the popular products available we can conclude that in general, people like caffeine. Coffee, tea, chocolate and even soft drinks contain caffeine.

The stimulating property of caffeine is probably the primary reason why coffee and tea have a long history of consumption by a large percentage of the world’s population. 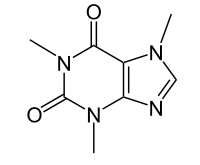 Caffeine in its pure form is a bitter, white crystalline substance. It is a methylxanthine with chemical formula: C8H10N4O2.

Caffeine is produced by some plants, which use it as a natural pesticide against various insects.

In humans, caffeine promotes alertness while decreasing fatigue. It also increases metabolic rate. Unfortunately, too much caffeine can cause anxiety, headaches, loss of sleep and even addiction.

Pregnant and nursing women should limit their caffeine intake, as recommended by most doctors.

Younger leaves have more caffeine than older leaves. The twigs and stems have the least amount of caffeine. Overall, at later harvests each comparable leaf has a slighter higher caffeine content. For example, buds from the first harvest have a little less caffeine than buds from the second harvest.

Matcha, however, is an exception. It can have as much or even more caffeine content than coffee (especially when preparing koicha, where more matcha is used). How come? Because  the entire leaf is grounded to make the matcha powder.

Caffeine is water-soluble, and the extraction of caffeine is greater at higher temperatures. Using boiling water and a long brewing time results in a very bitter tea!

I’m not going to get into the exact amount of mg of caffeine that each type of tea has. The first reason being that the caffeine content varies depending on a multitude of factors, even for same types of teas. The second is that in the near future, I’ll write an article about which types of Japanese green tea to drink for people that want to lower their caffeine intake.

As I explained in my post about L-theanine, when combined with caffeine it produces a state of “relaxed alertness”. It’s much better to enjoy the benefits of caffeine in teas that are high in L-theanine because of this.

I am very sensitive to the negative effects of caffeine when drinking coffee. On the other hand, when I drink matcha (which is naturally high in caffeine), I have no problems. This happens thank to L-theanine.

As long as you don’t over do it, caffeine will give you the boost you need during your day.