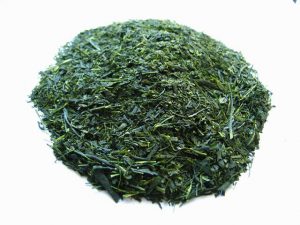 It seems to be getting more popular among Japanese tea farmers, although it has still a long way to go.

Suitable for warm climates, it’s mainly cultivated in the Kyushu region of southern Japan, especially the prefecture of Kagoshima.

Saemidori, being an early-budding cultivar, can be harvested 4 to 7 days earlier than Yabukita.

As explained in the previous post, the Asatsuyu cultivar is of high quality but the quantity at harvest is low, plus it’s very weak against frost. To remedy this, Asatsuyu was crossed with Yabukita in 1969.

Saemidori was finally registered in 1990 as tea cultivar number 40, meant for sencha production. However, it’s now also used for fukamushicha and gyokuro. 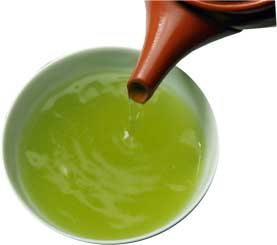 The color, aroma, and taste of brewed Saemidori are very good, even at later flushes. It has a higher amino acid content than Yabukita, although the “natural gyokuro” property of Asatsuyu isn’t there.

This cultivar has a yield similar to Yabukita, but although reasonably resistant to some diseases, it’s very weak against others.

Saemidori is susceptible to frost damage, and once this happens it doesn’t recover easily. Thus, in colder regions there must be measures set in place.

Another thing to keep in mind is that the leaves of young Saemidori tea plants can be blown away by strong wind, which will impede their growth.

As a drink, Saemidori compares favorably with both Yabukita and Asatsuyu. It’s a successful hybrid, and worth a try for Japanese tea lovers.