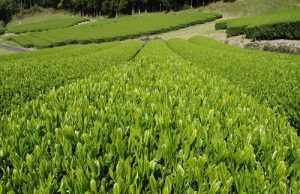 Did you know that green tea in Japan is harvested at different times of the year, and that the price and quality of tea leaves depend greatly on the time of harvest?

It’s a concept that is easily understood, provided that you learn some terms beforehand.

Perhaps you’ve heard about “shincha season”, and wondered what kind of tea could shincha be. Maybe you’ve read an article with Japanese green tea jargon like ichibancha or nibancha, and became utterly confused. Don’t worry, I’ll clear everything up for you in this post.

The earlier, the better

The highest quality green tea leaves are the ones picked up in the first harvest of the year, and they are called ichibancha (first tea, 一番茶). This happens around spring, but the time of harvest changes depending on the region. For example, Tanegashima has ichibancha in March and April, in Shizuoka it happens during April and May, while in Nara it’s May and June. The reason for the this difference lies in the fact that the weather gets warmer the further south you go in Japan.

After this first harvest (also called first flush), new buds form again, and in approximately 45 days new leaves are ready to be harvested. Leaves from this second harvest are called nibancha (second tea, 二番茶). Likewise, there is also sanbancha (third tea, 三番茶) and yonbancha (fourth tea, 四番茶). Some regions of Japan have 3 harvests and that last one is called shuutoubancha (fall and winter tea,  秋冬番茶).

Although these words end in “-bancha”, they are not referring to the type of Japanese tea called bancha. Don’t confuse bancha with these harvests.

Why is ichibancha of higher quality?

I found a good explanation here, which I’m going to share with you:

The first flush makes the best tea because the leaves are full of nutrients after hibernating during the winter. Also, because of the cold temperature, leaves from ichibancha grow slower than those from later harvests. In fact, leaves from ichibancha contain 3 times more L-theanine than those from nibancha. L-theanine is the source of sweetness in tea.

Last but not least, let’s talk about shincha (new tea, 新茶). It’s practically the same meaning as ichibancha although often used for sencha, meaning that it was made from the first harvest of the year. Of course, high-grade gyokuro and matcha are commonly made from the first harvest too. However, they are sometimes aged before being sold to the public, so the aspect of freshness doesn’t have the same impact.

I hope that this post answered all your doubts. If not, please ask me on this post’s comments.