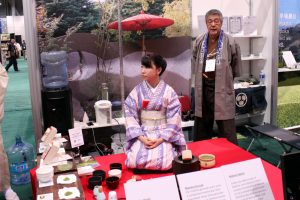 Dobashien is at the expo every year.

I recognized tea master Michihiko Nishimura, although I didn’t get to speak with him.

They were having a Japanese tea ceremony. 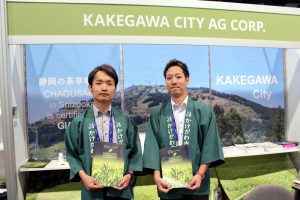 The stand right next to it was Kakegawa City Tea Promotion Section.

Kakegawa city is in Shizuoka prefecture.

I talked with Keisuke Yamamoto and Sho Honma.

I also tasted a kyoho grape sencha blend, it was quite good. I believe that the kyoho grape is only found in Japan. 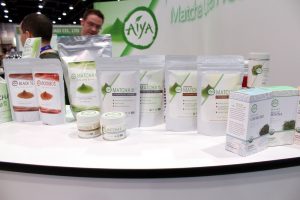 The last place that I visited that day was Aiya.

James Oliveira was there and we talked about matcha for a while.

After that I went to a Japanese restaurant called Ichiza with Sara Kaiden, Noli Ergas, Oscar Brekell, and my brother Alejandro. 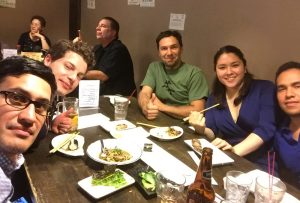 The food was great and we had a lot of fun 🙂

Last year I had gone to the same restaurant with Noli, since we both love Japanese food.

That was how my first day in Las Vegas ended. 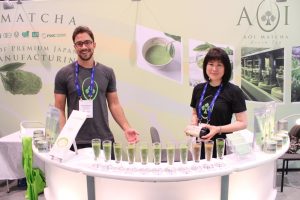 I needed some caffeine, so I stopped at Aoi Matcha, where I was greeted by Eric Anderson and Kayo Tateyama.

Luckily for me, they offered me their matcha supreme.

It’s creamy and sweet. A great way to start the day. 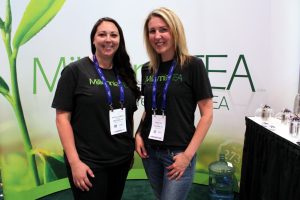 Next I went to Millenia Tea.

I took a picture of Nicole Comeau and Tracy Bell, who is the CEO of the company.

The concept is very interesting. The tea leaves are washed and frozen after being picked so that most of the nutrients (especially EGCG) are conserved. 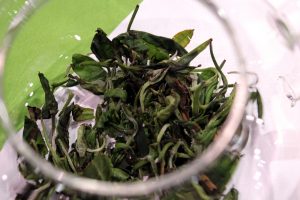 They will begin to sell in North America.

I wonder how the market will receive such a novel product. 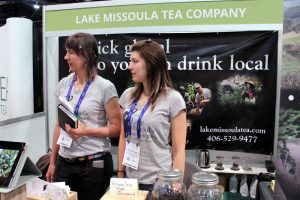 Next, I decided to have my first purple tea from Kenya.

One of the companies that have it is Lake Missoula Tea Company. 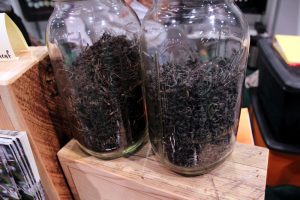 Note that purple tea isn’t a basic type of tea like green or black tea.

It’s just made with a cultivar that has a high concentration of anthocyanins, hence the purple color of the tea leaves.

As such, it can be processed as a green tea or a black tea.

I tried the green version and thought that it had a sweetness to it, with a bit of astringency. 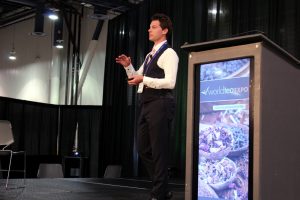 A seminar about sencha by Oscar Brekell was about to start. I made it just in time.

That’s what I would like for Japanese tea. Hopefully it can happen during the next two decades 🙂

At the end, Oscar gave the audience sencha from two cultivars: yamakai and koushun.

They were very different from each other, so I believe that most people noticed the difference. 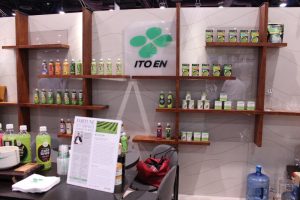 Once I left I went to see the stand of Ito En.

I rarely drink bottled tea, but when I do it’s usually Oi Ocha. 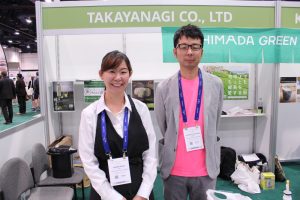 Speaking of bottled tea, I tried a premium one at the booth of Takayanagi Seicha.

I spoke with Kaori Inoue and Hironobu Takayanagi (CEO).

The bottled tea’s name is Makinohara no Shizukucha. 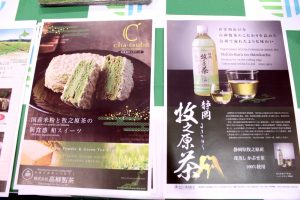 It is made with fukamushi kabusecha from the Makinohara region of Shizuoka prefecture.

The selling point is that it tastes as if it had been prepared in a teapot. It did taste very good.

They also have a more expensive one which comes in a glass bottle.

I tried some of their tea sweets too, very delicious.

In the next post I’ll continue the series about the World Tea Expo 2017.