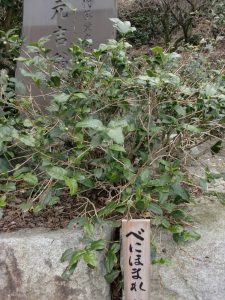 Benihomare (べにほまれ, literally “red honor”) was registered as tea cultivar number 1 in 1953, the same year as the popular Yabukita cultivar, which is number 6.

Japan is famous for its green teas, so it’s quite odd that the first registered cultivar is meant for black tea production.

As explained in the previous post, the Japanese government had the goal of producing black tea to accommodate for Europe’s demand at the time. However, Japanese farmers had no experience in making this type of tea.

The man in charge of this effort was Tada Motokichi (多田元吉), who traveled to many places outside Japan in order to learn about black tea production.

He brought with him knowledge of black tea making from India and taught it in many areas of Japan. The production method didn’t work as well with Japanese tea plants, so in 1887 he brought seedlings from India’s assamica variety.

Finally, a descendant of this seedling population was later selected as the cultivar Benihomare in the National Institute of Vegetable and Tea Science in Kanaya. 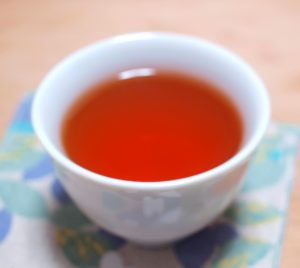 Because it’s of the assamica variety, this cultivar’s leaves are very big and are dark green.

Benihomare is a late-budding cultivar that has a medium resistance to cold temperature and a low yield at harvest.

When made into black tea, it produces a brilliant red liquid with a rich taste. It’s best to drink it without milk or sugar, but you can do so if you want.

Benihomare and it’s descendants (such as Benifuuki) are known to produce Japan’s best black teas. Curiously, this cultivar is also made into green tea, because in that form it’s apparently useful for preventing allergies.