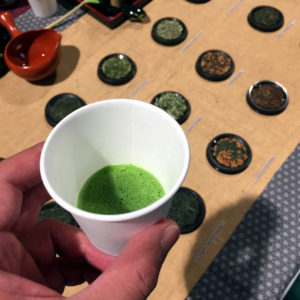 This year the expo was smaller in terms of vendors.

The good thing is that there was more time to visit all the tea companies.

But I took longer at each stand because more people knew about me, so I didn’t get to see everything.

At Sara’s Tea Caddie I drank my last Japanese tea.

It was a high quality matcha, I liked it a lot. But I forgot to ask for its name.

There was still some time before the expo floor closed. 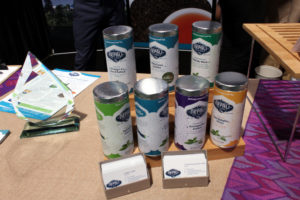 They were very kind, we talked about Nepalese tea.

I had tried tea from Nepal at the expo last year. I have very few experience with it. 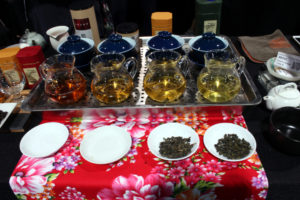 I wanted to try a Taiwanese oolong, so I went to JT & Tea.

Their jade oolong was delicious.

The person I spoke with is Thomas Shu. 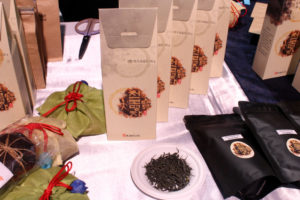 After that I headed to Cheonbo Tea Garden.

I had seen this Korean tea company last year.

They have an excellent black tea. I tried it last year too. 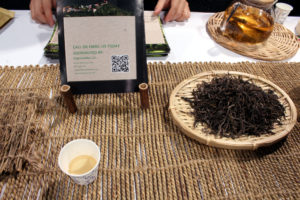 Another tea producing country that I barely know about is Laos.

The tea leaves were very exotic. Big, dark and curly.

I continued my tour of tea countries that I wasn’t familiar with. 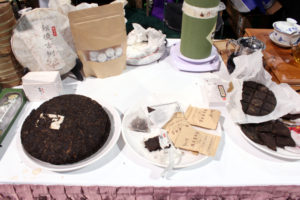 I tried tea from Myanmar that was processed in Yunnan, from Guangxi Guozhuang Investment Co.

I don’t drink dark teas so often, but I think that the one I tried here was pretty good.

It had some sweetness and felt earthy and humid. 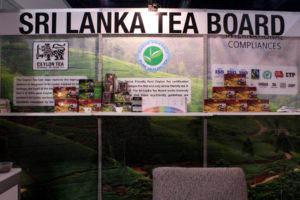 Then I visited the Sri Lanka Tea Board.

They had black tea from different regions of Sri Lanka, it was very interesting.

I tried two of them, and I could tell the difference. 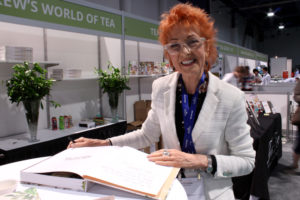 Another thing I did was to buy a book: Jane Pettigrew’s World of Tea.

Jane signed it herself 🙂

I’ll read it and then write a review about it.

The book is big and heavy, that’s why I left it for last. 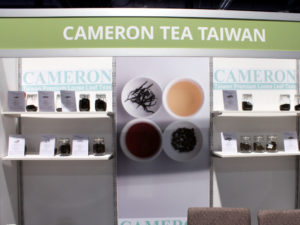 Then I stopped by Cameron Tea and tried another Taiwanese oolong.

The person I spoke with is Chia Cheng.

He had six different oolongs available for tasting. Too bad that I didn’t have much time left. 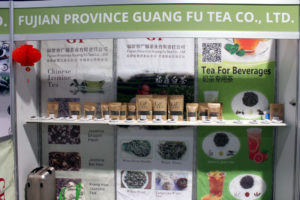 They had many different kinds of Chinese teas.

My flight was on that same day, so I had to hurry back to the hotel to get ready.

As always, coming to the World Tea Expo was a great experience. Not just because of the tea, but for the people.