This is the last post on a series about the World Tea Expo 2016. Click here for part 1. 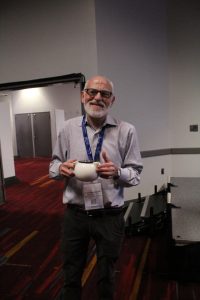 I started the last day at the expo with a session on tea and cheese pairing by Robert Wemischner.

There was a long line of people outside before the room was open, I thought I wouldn’t have a chance to enter.

Once inside we were given three types of cheese, and three types of tea. The idea was to try each cheese which every tea, take notes, and compare with Robert’s results. 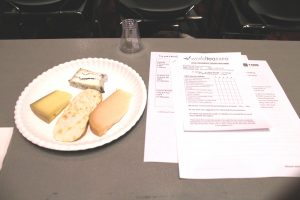 This was the first time that I experienced a cheese and tea pairing.

I actually don’t know much about cheese, but thanks to Robert I now want to learn more and make my own pairings.

One of the teas was a kukicha. Robert told me that he was inspired by one such tea that I gave him as a gift when his daughter visited my country 🙂 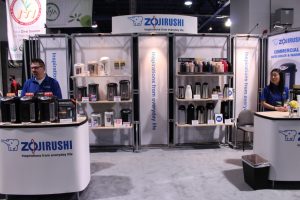 After the session I visited Zojirushi.

I’ve been wanting to buy a bigger water boiler for the tea tastings I do for groups of people.

Maybe next year, right now I’m moving to a new apartment and there are a lot of expenses. 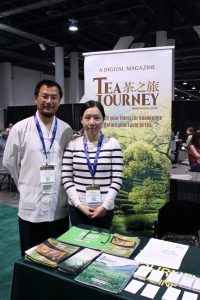 I’m happy that they are now in operation. I already have the app in my cell phone!

One important aspect of the publication is that they will translate into English important tea articles from tea magazines in Asia.

Si Chen  and Nan Cui where there, and I met Dan Bolton later on but forgot to take a picture of him. 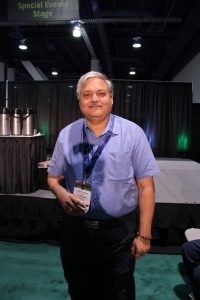 I did take a picture of Rajiv Lochan, though. He was at the special events stage.

Another important picture that I forgot to take was of my fellow tea bloggers. Sorry, everyone.

Overall, it was a unforgettable experience. This time more people knew about me, so I wasn’t just an odd member of the press 🙂

Many thanks to the organizers of the World Tea Expo for inviting me, I had a lot of fun. Hopefully I did a good job in covering most of what I found regarding Japanese tea.