This is the third part of the World Tea Expo 2015 series. Click here for part 1. 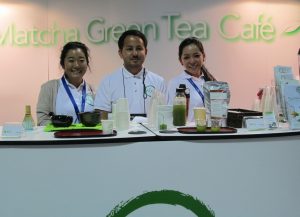 This year’s tea trend is matcha. It has become very popular, you’ll see an article about it in major publications at least once every two weeks.

My second day at the expo started by drinking matcha from Aiya America. As always, it didn’t disappoint. 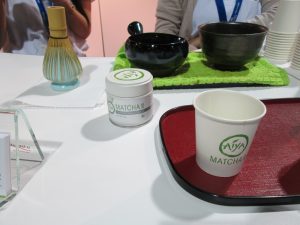 James Oliveira took some time to chat about the market for matcha. It looks like prices won’t increase in the near future, although demand has soared.

I took a picture of the setup, where you can see Aiya’s ceremonial matcha tin. 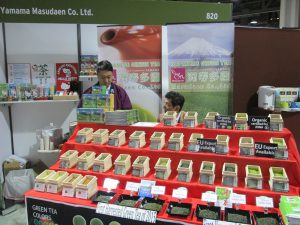 My next stop was at Masudaen. I remembered this tea company because they had been to the expo last year.

They carry a wide variety of tea from Shizuoka prefecture, including organic teas. 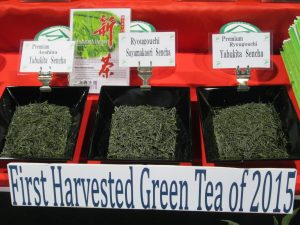 A Japanese man in the booth happened to speak Spanish, so we had a friendly chat. Unfortunately, I forgot to ask for his business card and don’t remember his name.

I was offered a taste of their shincha, it was great. The loose leaves are beautiful, as you can see in the picture. 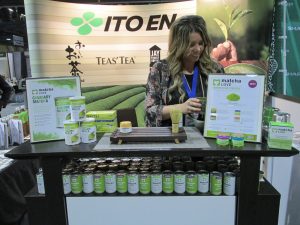 Can you guess what I did next?

I had another taste of matcha from Ito En.

They have a brand called Matcha Love, it was the first time that I tried it but it is definitely tasty. 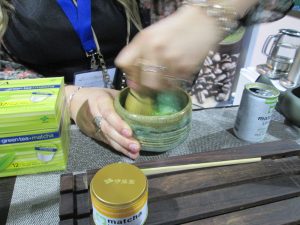 Alyssa Gregory prepared the matcha for me, and we had a short but pleasant chat.

Ito En is best known for their bottled teas. They even have ready-to-drink canned matcha, which can be bought sweetened or unsweetened.

After that I saw a group of tea bloggers in a crowded booth. I went there to see what it was all about. 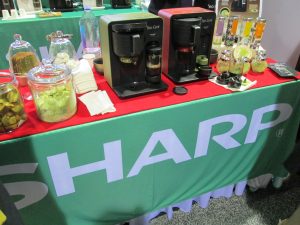 Sharp had a machine called the Tea-Ceré, which is short for “tea ceremony”.

This machine grinds tea leaves into a fine powder, warms the water and serves the tea. It’s sort of like an espresso machine for tea. 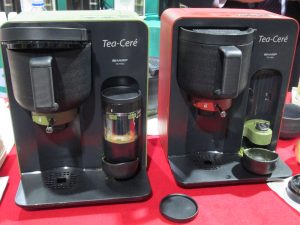 While the first application is for tea enthusiasts to grind and prepare their own matcha, you can make a powder of any tea that you wish.

I think the Tea-Ceré has a lot of potential because powdered teas are healthier, since you are able to ingest all the nutrients this way. Also, imagine powdering any type of tea at home, so that you can use in various recipes. 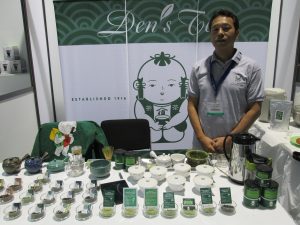 Next I visited Masanori Shirakata from Den’s Tea.

I had met him at last year’s expo as well.

His company has many Japanese green teas, mainly from Shizuoka prefecture. 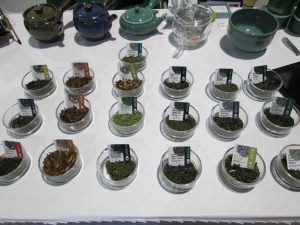 We’re planning to have podcast interview soon. It’s a good chance to learn more about this company.

Here’s a picture of the teas displayed. They looked very tempting.

Then I took off to another booth, which displayed something I had never seen before. 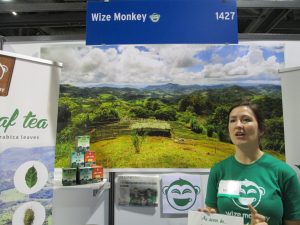 Wize Monkey sells coffee leaf tea. Instead of using coffee beans they use coffee leaves, which by the way are low in caffeine.

They have different versions, and I decided to try their green (non-oxidized) coffee leaf tea.

There’s a sweetness to it, an intense herbal flavor, and no bitterness. 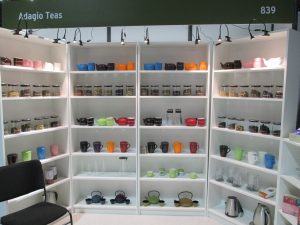 From there I went to Adagio Teas.

They were awarded a World Tea Award for best industry website. I’ll talk more about the awards later on.

I spoke for a while with Cynthia Fazekas. Besides selling tea online, the company has its own physical retail stores.

As far as I know, they are present in North America, South America, and Europe. 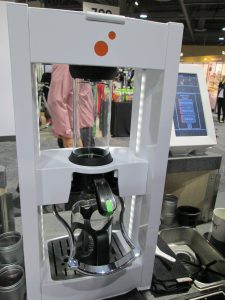 Then I decided to head over to Bkon and watch their Bkon brewer in action.

It brews tea, tisanes and coffee, and creates a vacuum that increases the extraction of flavor compounds. As a bonus, it also speeds up the brewing process.

The machine is meant to be used at tea and coffee houses. At $13,000 it’s way too expensive for me but I think that experimenting with it should be very fun.