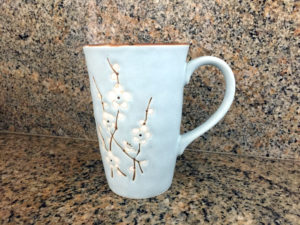 At first I thought about using the title “Western vs Eastern Style Tea Brewing”.

But after looking at some of the related articles online, I noticed that they are mainly referring to gongfu style tea brewing, which is Chinese.

So let me give you a comparison regarding the Japanese style of tea brewing.

This style of tea brewing involves a low leaf to water ratio, and long steeping times.

Let me give you an example about Western steeping instructions for sencha that I found online:

This method is meant for bigger quantities of tea at a time, such as drinking from a mug.

While you can try to re-steeping your green tea this way, the resulting flavor is much weaker than that of the first infusion.

The Nihoncha Instructor Association suggests the following for sencha:

Note than one tablespoon equals about three teaspoons. This means that the Japanese style uses less water, as well as less time.

In this manner, sencha can be infused three times with a strong enough flavor on each infusion.

You would have to adjust the proportion in case of a mug, or just use smaller tea ware.

I prefer the small tea cups, but it’s really up to you.

There isn’t a right or wrong way to prepare tea. But to keep a standard while reviewing teas, I use the Japanese method.

Many tea companies outside of Asia only mention the Western style tea parameters. They do this with the intention of making things easier for their customers.

My suggestion is that you try both ways in order to understand the difference.

I think that what matters most is that you enjoy your tea, however you choose to steep it.