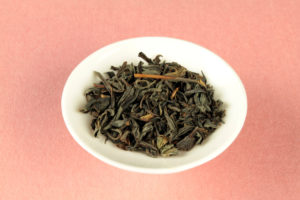 I’ve never had the chance to taste a green tea from the Yamatomidori cultivar, but at least I was able to taste a black tea made from bushes grown with seeds from that cultivar.

Cultivars are propagated by cuttings, which guarantees an identical genetic makeup. With seeds, each of the resulting tea plants has different traits.

This organic tea is sold by The Tea Crane. It’s made in Nara city, Nara prefecture.

Note that Yamatomidori is native to this prefecture.

I think that I’m getting used to black teas. But I still drink green tea the majority of the time.

This one has a special aroma. Lightly sweet and with citrus notes, reminds me of an orange.

The appearance is similar to other wakoucha (Japanese black tea) that I’ve seen. Curled leaves with some stems.

Why the 5 minutes? Well, I’ve found that Japanese black teas tend to be weaker in flavor that teas from other origins, so they don’t become too strong even after a long steep.

I prepared it that way in an older review based on a tea producer’s suggestion, and since then I’ve stuck with that setting for consistency’s sake.

Coming back to the tea tasting itself, the wet leaves have an aroma that’s not very sweet. I would describe it as fresh, with some citrus. 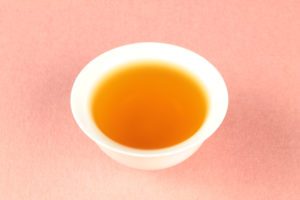 The liquor has an orange color.

As I taste it, I notice again that the sweetness is quite low.

It has some body, and it isn’t astringent nor bitter. It’s sort of a neutral black tea, in a good way.

I can tell that it’s definitely different from other Japanese black teas that I’ve tried.

The second infusion, with the same parameters, resulted in a lighter color but it felt a bit sweeter.

Overall, it feels like a lighter taste. But it’s still pleasant.

A third infusion made in the same manner ends up being very similar to the second one.

It’s a light and refreshing black tea made with unique tea leaves.

I liked its aroma very much.

Click here for the product page in The Tea Crane.