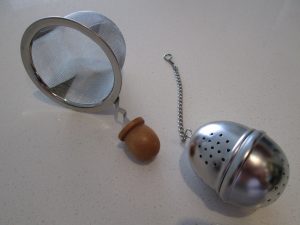 Tea infusers are popular because they are easy to use and have a low cost. The problem is knowing which one to buy, because they come in all sorts of shapes and sizes.

Although I mostly use a kyusu (such as this one), sometimes I’ll use an infuser too. It’s convenient and easy to clean.

The disadvantage is that with one infuser you can’t brew tea for several people at the same time.

How does the infuser type impact the flavor of tea?

One thing to take into consideration is the particle size in your chosen tea. Fukamushi sencha, for example, has many tiny particles. If your infuser has openings that are too wide, it won’t filter at all!

Now imagine that you will brew your fukamushi sencha with an infuser with very fine openings, but the surface area is quite small. What will happen? Basically, the infuser gets clogged quickly and you won’t get much flavor. 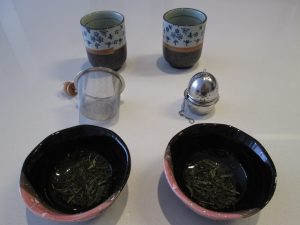 Enough with the theory, let’s test what the actual change in flavor is when using an infuser basket and an infuser ball.

My infuser basket can hold a decent volume although it’s not intended for a mug, but for a yunomi (Japanese teacup)  instead. By the way, make sure that you know the diameter of your cup before buying an infuser basket 🙂

The infuser ball I selected is slightly smaller and has few openings. This is an extreme comparison, I want to clearly tell the difference after brewing. 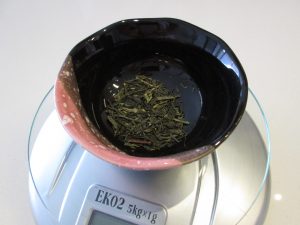 I first measured the 4 grams of tea leaves to place in each infuser. I’m using a kitchen scale to have an exact measurement, but you don’t have to. It’s about 1 teaspoon.

Then I measured the water volume with a measuring cup, heated it until the correct temperature (measured with a thermometer) and then poured it into the cups with the infusers in place.

After 1 minute, I took out the infusers and tasted each tea. 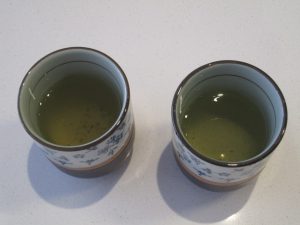 Although it’s hard to tell by the picture (because I’m a lousy photographer), the tea brewed with the infuser ball has a lighter color.

The taste of the tea was notably different. The infuser ball didn’t really allow much of the flavor to be released, it has a bland taste. Almost like if I had used too much water. 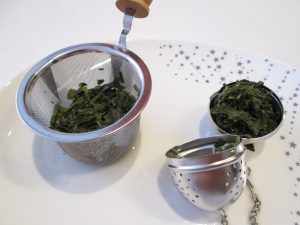 In conclusion, you do have to make room for the expanding leaves.

It also depends on the tea that you’re brewing, kukicha will brew well in the infuser ball used in this post. Why? Because the twigs and stems don’t expand much when brewed.

What type of infuser do you use? Tell me in the comments.