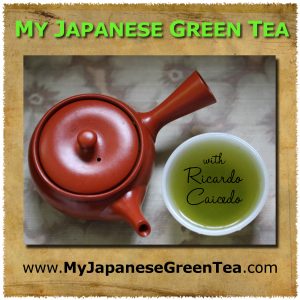 At that time, I didn’t know that I was speaking to a famous tea personality in Japan!

Oscar appears frequently in Japanese television and has recently released his first book:
僕が恋した日本茶のこと (About the Japanese tea that I fell in love with).

We talk about his background in tea, why he became famous, his book, and future projects.

It’s great to have a Japanese tea evangelist that is doing so well in Japan.

I hope that with people like Oscar, we can introduce the wonders of Japanese tea to the entire world.