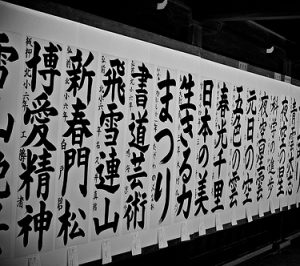 Japanese proverbs are sayings from olden times, they have been transmitted from each generation and are an important part of Japan’s culture.

I’m going to share with you seven Japanese proverbs that have to do with tea.

First I’m translating literally, and then show the explanation below.

Even the lowly bancha tastes good when it’s freshly served. Likewise, an ugly ogre can also be considered beautiful in his peak of youth. Everybody looks good in his prime.

It’s best to ask an expert on a particular subject.

If you drink the first ear of tea, you will be hated (茶の初穂を飲むと憎まれる; cha no hatsuho wo nomu to nikumareru)

The first ear of tea is referring to shincha, the first flush of the year. One shouldn’t drink a good tea by oneself, it’s better to share it with others.

Fragrance of the spirit before fragrance of tea (茶の花香より気の花香; cha no kakou yori ki no kakou)

When a guest comes to visit, hospitality and kindness is more important than the tea that you offer.

Thick tea, poison for the eyes, medicine for the spirit (濃い茶、目の毒、気の薬; koicha, me no doku, ki no kusuri)

When you drink thick tea you won’t be able to sleep because of the caffeine, but your mind will be invigorated.

Nothing is completely useless, you can find a use for everything.

By the way, I wrote an article about drying your used tea leaves in case you’re interested.

A cat won’t understand the taste of tea the way people do. This proverb is used to refer to out of place conduct, or impertinence.

There are many more proverbs about tea, but I didn’t want to bore you with a long list. Feel free to write a comment if you know any!