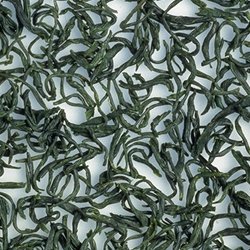 Tamaryokucha (玉緑茶, ball green tea) has a different shape than most Japanese green teas. Instead of straight leaves, they are round and curly.

This tea has a mellow flavor, with light astringency, and when brewed it gives off a yellow tone.

How is tamaryokucha made?

The cultivation method and the processing is the same as for sencha, except in the last step. Instead of the tea leaves being  rolled and straightened out, they are placed in a revolving drum and dried with hot air.

Actually, there are two types of tamaryokucha, the first one is steamed (just like most Japanese green teas) and the second one is pan fried (a Chinese process). Pan fried tamaryokucha is known as kamairi tamaryokucha(釜炒り玉緑茶). 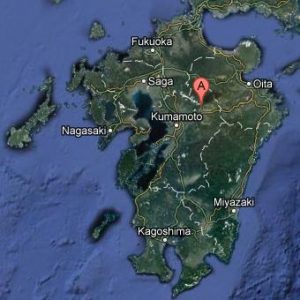 Tamaryokucha is mostly produced in Kyushu (a southwestern island of Japan), especially in the prefectures of Saga, Nagasaki, and Kumamoto.

Tamaryokucha was exported to the Soviet Union and the Middle East, because they preferred the shape of Chinese teas. Nowadays, I’m not sure how the state of that market is. 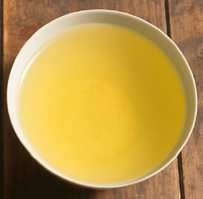 How to brew tamaryokucha

Tamaryokucha is brewed using the same method as for sencha, with the water temperature of 80 °C (176 °F).