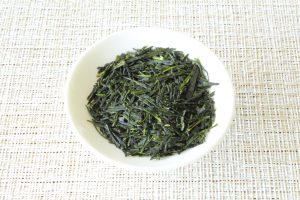 When I visited Rishouen Tea in Uji, they let me try some of their teas.

One of them was a sencha from the Z1 cultivar. It was the first time that I had seen it, let alone taste it.

This tea comes from Wazuka, also from the Uji region, and is cultivated by Mr. Tamura.

They even gave me a sample of it, which I’m very thankful for.

It’s my first review of the Z1 cultivar.

I think that it’ll probably be a long time before I try another one, because this cultivar isn’t widely available.

Let’s get this tea review going

The loose leaves are absolutely beautiful.

Small, dark and shiny. It’s such a good tea to look at.

They have a slightly sweet aroma, like what you would expect from a high grade sencha.

The wet leaves smelled different, perhaps a bit floral? It’s not so apparent.

It didn’t feel like a pronounced marine fragrance, which is what you find in most Japanese tea cultivars.

I also noticed that the aroma was very similar to that of the dry leaves in terms of sweetness, which is interesting. 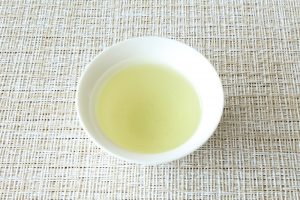 After serving, there was a clear yellow liquor, with some green color in it.

Alright, let’s give it a try.

Good umami flavor and slight sweetness in the aftertaste.

Seems like a clean and fresh taste. It isn’t bitter at all.

I really liked it 🙂

For the second infusion, I used the same temperature but only infused for 40 seconds.

The taste was almost the same, but lighter. Still a very good green tea.

For the third infusion I used boiling water for 30 seconds.

The taste was even lighter, with some astringency. But I found it enjoyable.

It’s quite a special tea, offering a good experience to green tea enthusiasts.