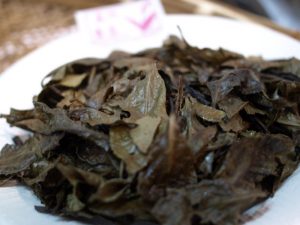 Mimasaka bancha (美作番茶) is a type of sun-dried bancha produced in the Okayama prefecture, especially the city of Mimasaka.

Sakushuu was another name for the Mimasaka province, which was located at the northeast of the Okayama prefecture.

The famous swordsman Miyamoto Musashi (宮本 武蔵), who wrote The Book of Five Rings, lived in the Mimasaka province. It’s been said that this tea was his favorite.

How mimasaka bancha is made

On a very hot summer day, the bancha leaves are picked and placed in an iron pot and steamed/simmered. Then, the leaves are placed in the ground so that they are slowly dried under the sun.

Every now and then, the leaves are sprinkled with broth obtained from the initial simmering. There’s also a roasting process at the end, but I’m not sure if it’s always done or if it’s just a modern twist. 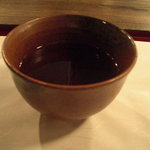 How to brew mimasaka bancha

This tea is hard to come by, especially outside Japan. While it’s probably best to follow the instructions in the package, I’ll give you a general idea:

Use 10 gr of leaves per liter of water. You can put the leaves directly into the boiling water. Let brew for about 7 minutes.

The aroma is similar to that of houjicha, and it has a mellow taste.