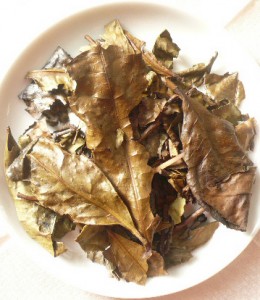 Kyobancha (京番茶, Kyoto bancha) is a traditional bancha made in the prefecture of Kyoto (mainly Uji city), with smoky aroma and very low bitterness and astringency.

Kyobancha is also known as iribancha (いり番茶) because it undergoes a roasting process. It is also nicknamed akachan bancha (赤ちゃん番茶, baby bancha) because it has almost no caffeine, hence a baby can drink it.

Bancha leaves are steamed, sun-dried and then roasted on a hot plate at high heat for about 3 minutes.

Unlike most Japanese green teas, there isn’t any rolling process involved. The leaves also look quite big because they are older than those used for gyokuro and sencha.

Kyobancha has very little caffeine content because caffeine is destroyed in the roasting process, just like houjicha.

What’s the difference between houjicha and kyobancha?

Kyobancha can be classified as a type of houjicha. The main difference is that houjicha is made by roasting an already processed bancha (which involves the rolling process) while kyobancha isn’t rolled.

The difference can also be seen in the aroma and taste of kyobancha, it’s more “smoky”. Furthermore, kyobancha has more of a traditional touch in its processing.

Kyobancha isn’t as popular as houjicha, you won’t find it in supermarkets in all of Japan. However, some online tea stores sell kyobancha for the US, unlike some other rare types of bancha. 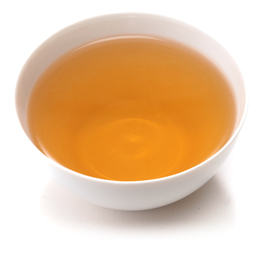 Leaves from kyobancha are quite big, and it’s usually brewed for many cups at a time. I suggest that you use either a good sized tetsubin (鉄瓶, cast iron pot) or dobin (土瓶, earthenware tea pot).

I’ll give you a rough estimate of 10 gr of kyobancha leaves per liter of water. Be sure to check the brewing instructions in the packaging.

Boil the water and add the leaves directly, brew for 2 to 3 minutes.