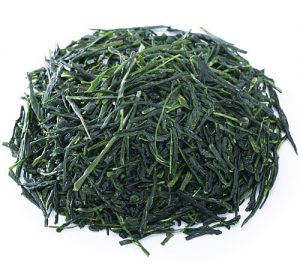 translates as covered tea) is generally described as being a midpoint between sencha and gyokuro. In other words, it has sencha’s refreshing flavor and also some of gyokuro’s sweetness.

How is kabusecha made?

The way to process kabusecha is exactly the same as that of sencha and gyokuro. The difference lies in the cultivation method.

Kabusecha is also a shaded tea like gyokuro, but to a lower extent. While tea leaves for gyokuro are shielded from sunlight for at least 20 days, kabusecha is usually shaded from 1 week to 10 days. 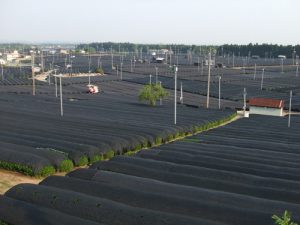 The shading process for kabusecha is also different in that with gyokuro, the entire tea field is shaded, but for kabusecha what commonly happens is that the tea plant itself is covered.

The shading percentage is also different, with kabusecha around 50% and gyokuro from 70% to 90% of the light blocked.

Keep in mind though, that both the shading time and the shading percentage varies from region to region. A quick rule of thumb is that any tea that is not shaded for enough time (about 3 weeks) isn’t gyokuro.

How to brew kabusecha

Boil water in a tea kettle. Once boiled, pour 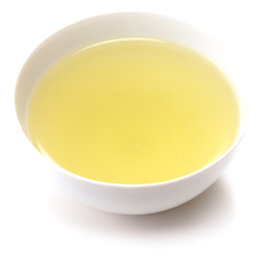 the water in a kyusu (Japanese tea pot: 急須). Now pour the water in the kyusu into each cup (use small cups, those intended for gyokuro are best), around 20 ml per cup. Discard any remaining water.

Put 3 grams of kabusecha per cup (about 3 quarters of a teaspoon) in your kyusu. Then, pour the water from each cup back into the kyusu and close its lid.

The water should be around 70ºC, 158ºF (the same temperature for brewing high grade sencha). Brew for 2 minutes, and then serve into each cup, alternating from time to time so as to get a uniform mix in each cup.

In this manner, kabusecha is brewed at a higher temperature than gyokuro, and for a longer time than sencha.

Note that tea brewing instructions vary with each producer, even for the same types of tea.

These are just general guidelines that I’ve seen on a number of Japanese kabusecha brands. I recommend that you use the brewing instructions provided by the manufacturer.