Green tea has become an important part of the Japanese culture. It has so much demand in Japan that you can find canned and bottled green tea wherever you go. There is even green tea ice cream and the Japanese love it!

The green tea from Japan is in many ways different from Chinese green tea, but the truth is that green tea made its way into Japan from China. 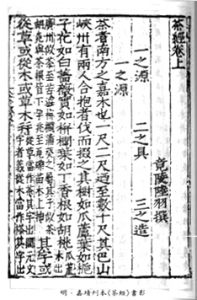 The Chinese had known of tea leaves for thousands of years. The first book ever written about green tea: The Classic of Tea, was written by Lu Yu (陆羽 ) between AD 760 and AD 780 during the Tang Dynasty.

Lu Yu describes in his writings not only how to brew green tea, but how to cultivate it, the tools needed, and even the health benefits of green tea known at the time. 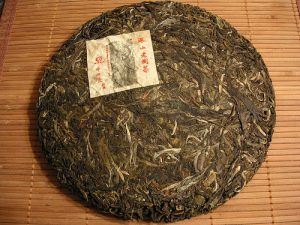 Green tea in the Tang Dynasty started to be cultivated throughout China.

It used to be made with dried leaves pressed into a solid cake, which made it easier to carry without being damaged. Nowadays some Chinese teas such as Pu-erh are still sold like that.

During the Nara and Heian era Buddhism was being introduced in Japan. Many Japanese Buddhist monks traveled to China to learn more at the various schools, and subsequently founded their own schools in Japan. At the start of the Heian period (794 -1185) two of these Buddhist monks, Saichō (最澄 ) and Kūkai (空海 ) also brought tea seeds with them.

In AD 815 there is also a written account about another Buddhist monk that traveled to China named Eichu (永忠), who brewed tea for Emperor Saga. From that point onwards, green tea started to become a drink of the upper classes and its cultivation would be propagated in Japan.

Eisai (栄西) who founded Japan’s first Zen temple, wrote the Kissayojoki (喫茶養生記 ) in AD 1214. This highly detailed book about green tea was a great success, and because of that Eisai is credited as the founder of Japanese green tea culture.

Eisai was a firm believer of the healing properties of green tea and also used green tea for religious purposes. It was the beginning of the Japanese green tea ceremony and matcha.

A breakthrough in green tea processing happened in 1738 , when Nagatani Soen (永谷宗円) developed his new method. The result was sencha, Japan’s most popular green tea.