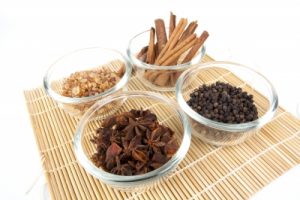 It’s easy to be confused about what tea actually is when we hear about things such as rooibos tea and honey lemon tea, since their ingredients have nothing in common.

How can we know when a certain tea is really tea?

Victim of its own success, the word tea has almost become synonym with infusion nowadays. So, what’s an infusion? Basically, an infusion is a drink made by pouring a liquid (hot water, oil or alcohol) over plant matter.

The one and only tea

Let’s begin to clear things up by talking about our old friend Camellia sinensis, commonly known as the tea plant. It’s not named the tea plant for nothing.

Infusions made from parts of the tea plant (be it the leaves, buds or stems) are called tea. There are many types of tea, but they all come from the same plant. That’s the key to knowing if a tea is really a tea. If it comes from some other plant, then it’s not real tea, period.

What are herbal teas?

Herbal teas are infusions made from all other plants. I prefer to use the term tisane instead of herbal tea (though it isn’t as popular), because I’m a tea purist and want to keep tea apart from the rest 🙂

Having said that, among the different tisanes one can find many different medicinal properties and flavors. So tisanes aren’t inferior to tea in any way. It’s a matter of personal preference.

By the way, in case you were wondering how to pronounce tisane, check this audio link.

Common tisanes that you’ve surely tried or at least heard about are mint, chamomile, lemon grass, cinnamon, and ginger. Of course, there are many, many more.

I guess that there are probably thousands of different tisanes, since there are so many plants available. Anything goes in making a tisane. You can use the leaves, fruits, seeds, stems, bark, roots, flowers and any other part of a particular plant that you can think of. Just make sure that your resulting beverage isn’t poisonous 😉

Now that you know how to tell when a tea is a real tea or not, help me spread the word out. Let’s give tea the place it deserves among all infusions.